thoughts on literature and faith from an educator 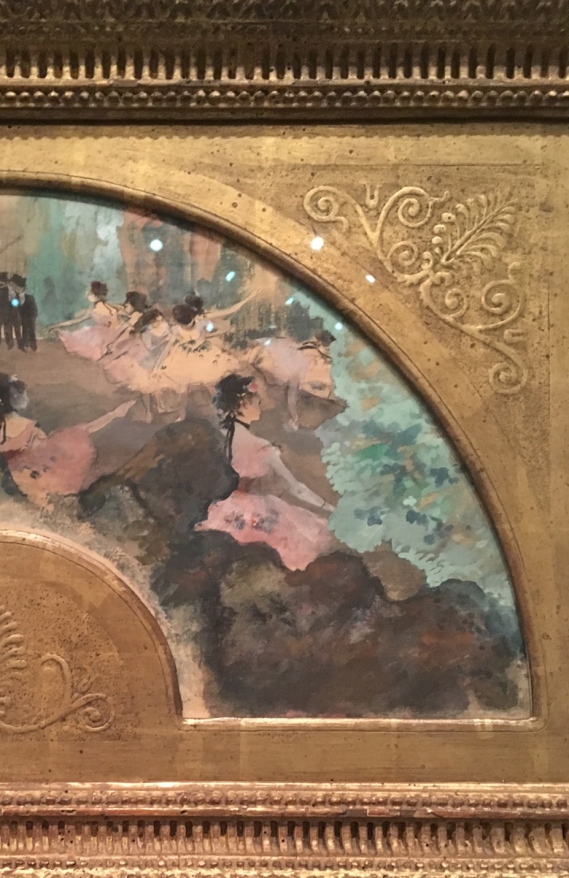 Edgar Degas has recently been hailed the hero of many: from dancers appreciating his ability to depict movement to women acknowledging his realistic portrayal of the feminine form, there is much contemporary interest in Degas’s work. But a new exhibit at the Museum of Fine Art in Houston, Texas aims to revitalize the interest in the artist himself. At the entrance of Degas: A New Vision, the museum features a complex timeline of both Degas’s personal life and concurrent events in his beloved Paris and the wider European world. The timeline offers a context, both personal and historical, to what the exhibit features: more than 200 paintings from his life—one of the most extensive surveys of Degas’s work in thirty years.

Edgar Degas was born in Paris in 1834 and entered the art world in the 1850s—a time of immense change, as artists began to break from the Academy. Degas followed suit: throughout his career, he was closely connected to major artists in the impressionist movement, namely Monet, Manet, Cassat, and Renoir. He is mostly known for his candid and realistic portraits of women bathing, colorful scenes of theatre and ballet, and studies of horseracing.

But this is the Degas we all know. The exhibit invites the viewers to meet another Degas: one intensely personal, who relishes in perfectionism and fears his own blindness. Before entering the collection, guests encounter the final impressions of Degas upon his peers: a friend described him as “looking like the blind Homer, possessing a gaze that appears to contemplate eternity.”

Degas’s contemplation of physical form and eternal search for perfection takes center stage in Degas: A New Vision. Sketches and sculptures—only one of which he chose to display during his lifetime—fill the gallery. At the entrance of the exhibit, viewers are greeted by Degas’s earliest sketches during his student years in Paris and Italy. As the gallery progresses, sculptures interrupt the direct path through the paintings, a reminder of Degas’s continual striving for perfection. He often destroyed his sculptures, recreating them time and time again before painting the sculpted form on canvas. Yet the figures that appear on his canvasses obviously benefit from these multiple drafts; it seems that his painted subjects are in motion, as if Degas expressed movement instead of merely an object. There is a tendency to think of “impressionism” as ungrounded and airy and unrealistic; but Degas successfully combines impressionism’s use of light and color with the perfection of form. Degas: A New Vision does not allow the audience to forget the artist’s knowledge of form with multiple sculptures featured and sketches enshrined alongside masterpieces.

The collection moves from early life to late life, beginning with Degas’s student paintings of human forms and ending with his famous Bathers and his lesser-known portrait photography. Yet even with this progression, the man himself never disappears from the exhibit. The placement of the paintings do not communicate a particular progression of style or philosophy, or even a definitive statement of Degas’s contribution to the world of modern art; instead, the arrangement reveals an artist in unceasing pursuit of expression, relishing in the possibilities of the sketch. There is a particular focus on Degas’s constantly shifting choice of medium: charcoal, paint, monotype, photography, and sculpture. He finds his voice in each, with echoes of his charcoal sketches seen in his landscapes and repetitions of peculiar framing of subject in both his paintings and photographs.

For all of the emphasis on novelty in the exhibit’s advertisements, there is a lack of focus on the lesser-known pieces of Degas. Perhaps the collection would more fittingly be titled A Complete Vision, as the audience benefits from the chronological layout and inclusion of the sketches. But Degas: A New Vision falls short by minimizing some of Degas’s most intriguing works of inspiration in the space. There are remarkable, lesser-known works by the artist that deserve the spotlight: Degas’s Japanese silk fan pieces, which so clearly show the artist’s love of tones and colors and dancers; his portraits and sketches of other artists, namely Eduoard Manet and Mary Cassat; and his moody photography, which is hidden in the back corner of the exhibit like a well-kept secret.

But even with this disregard of novelty, perhaps Degas: A New Vision accomplishes what every exhibit should: just enough intrigue to give the viewers at once a knowledge of the subject and an increasing desire to know more. Degas’s passion for art is what overwhelms the audience, and we leave with a portrait of the man behind the masterpieces. Most tellingly, hidden in the cluttered timeline at the beginning of the exhibit, are the words Degas ordered to be written on his tombstone: “he loved drawing very much.” 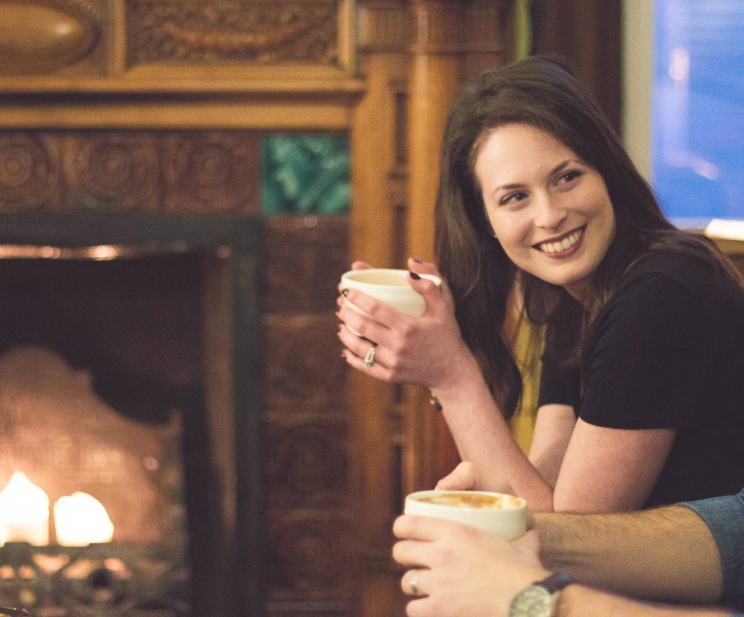 Dappled Studies is a blog on literature, faith, and life by Allison Garde, a graduate student, teacher, and Texas enthusiast.

Hospitality in the Classroom Series